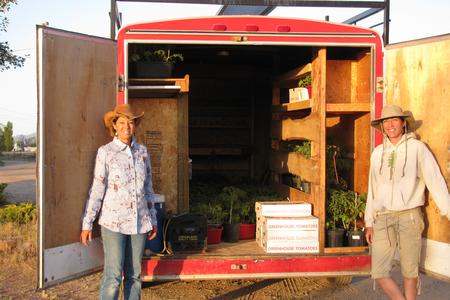 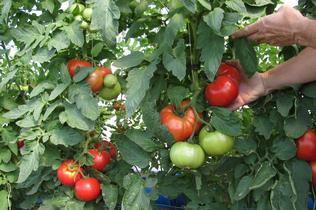 While braving a brutal Ohio winter in 1996, Carol decided she wanted to go see what Arizona had to offer instead. After months of driving, they ended up falling in love with Prescott, Arizona... also their '76 Dodge camper wouldn't go any further.  Carol spent years working at various local farms around the Prescott area quad-cities and helped sell their produce at the newly created Prescott Farmers Market. Meanwhile, Sunshine met her husband and they purchased a beautiful piece of land in Chino Valley that was just ripe for farming and fulfilling Carol's dream to grow amazing heirloom tomatoes for her family and her community. Two grand kids and 18 years later she's still doing just that.